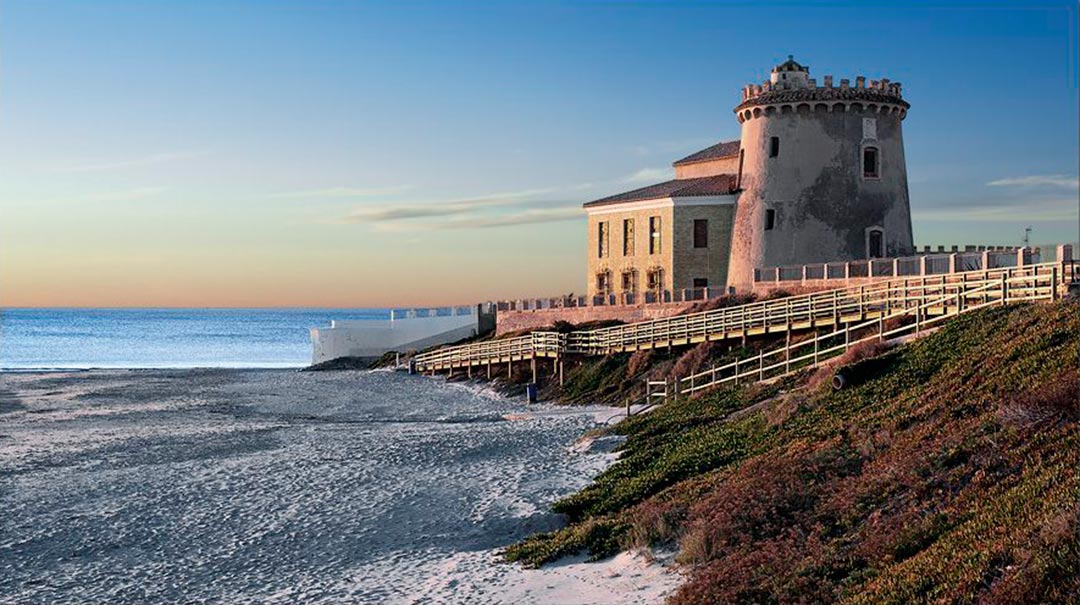 From the 16th century, the Horadada Watch Tower was built in 1591 as part of the defensive system of Felipe II to protect the inhabitants of what was then Campo de la Horadada against the piracy which then existed in the Mediterranean.

This is a plastered, crenelated tower with a conical base, which has several windows. The interior is accessed from the private home to which it is attached. Its name comes from the interior layout of its floors, which are connected by a central space which runs from the top of the tower to the bottom.