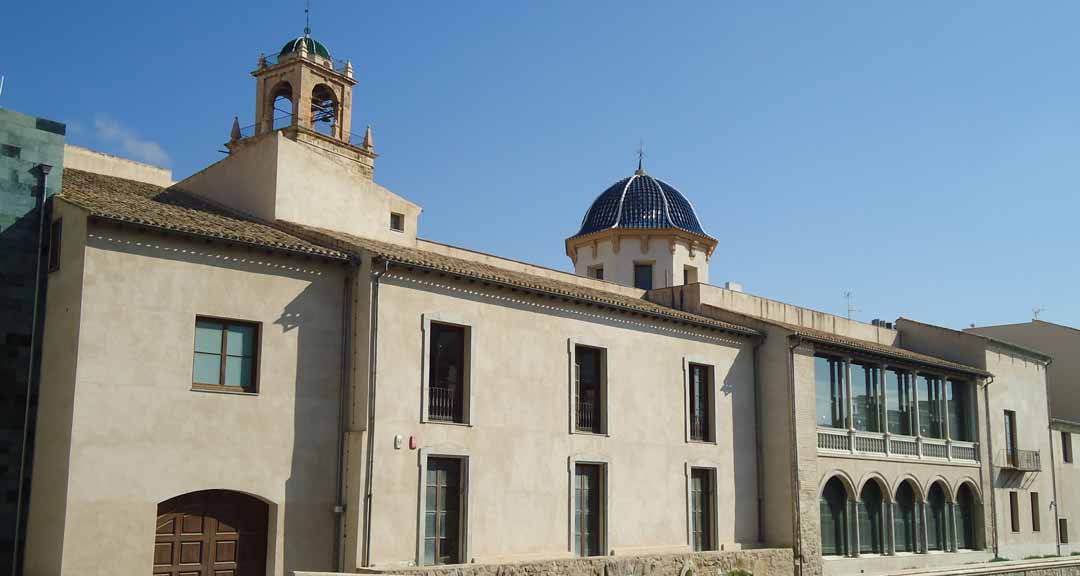 Facade of the Episcopal Palace of Orihuela

Located in the Episcopal Palace, an 18th century baroque building. It has a clear prioritisation of spaces and a lack of ornamentation on its facade. It is notable for a small cloister and the stairwell, rising to a dome, as well as a columned gallery giving onto the river facade.

Among other works in the Diocesan Museum of Sacred Art, you can appreciate the “San Miguel” by Paolo de San Leocadio and “The Temptation of St. Thomas” by Diego Velázquez.

Important painting of the fifteenth century with great Italian influence. From the Colegio de Santo Domingo, where it was found by Bishop Tormo in 1923. On the panel Saint Michael is shown in the foreground defeating the devil with his trident lance and his shield. On both sides of the Saint two strange figures represent defeated infernal beings. Behind him there is a beautiful paradise with a great attention to detail, scale and light.

This is one of the few religious works by the painter. The central theme of the painting is the temptation of the Dominian saint, an Italian noble whose family, after discovering his intention to enter the religious order, tried to dissuade him and locked him in a cell to which a prostitute was sent to try to abandon his religious vocation. She is refused by the saint, and using a brand from the fireplace he chased her away, tracing a cross on the wall in a state of ecstasy, and in that moment two angels came to comfort him and give him a chastity belt.