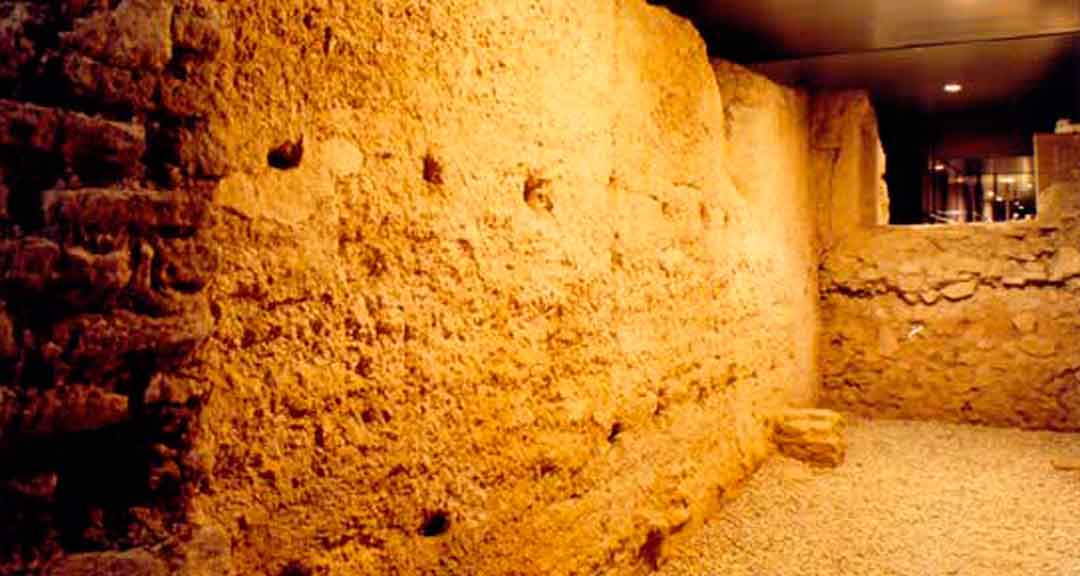 The City Wall Museum is located in the basement of the “Casa del Paso” building, on the Las Salesas Campus of the Miguel Hernández University.

It houses an important archaeological site, the result of excavations made in various phases between 1998 and 2000.

It preserves a significant archaeological heritage: the city wall and four turrets, Arabic baths, an Islamic and Medieval street and houses, a gothic palace and architectural ruins of the Casa del Paso (an 18th century building). Furthermore, the remains of materials dating to the second half of the 12th century and first half of the 13th century up to the 20th century have been recovered.

Monographic on archaeological excavations on the “Casa del Paso” site carried out between 1998 and 2000. The discoveries have been spectacular and of great architectural and historic importance, notably:

The museum is visited through a perimeter passage and glass walkways, and also has a series of complementary resources for the interpretation of the archaeological finds such as panels, models, stands and display cases. Various archaeological materials are preserved in display cases, dating from the middle of the 12th century to the start of the 20th century. The vast majority of them correspond to different series of ceramics, although there are also metallic, numismatic and glass items.