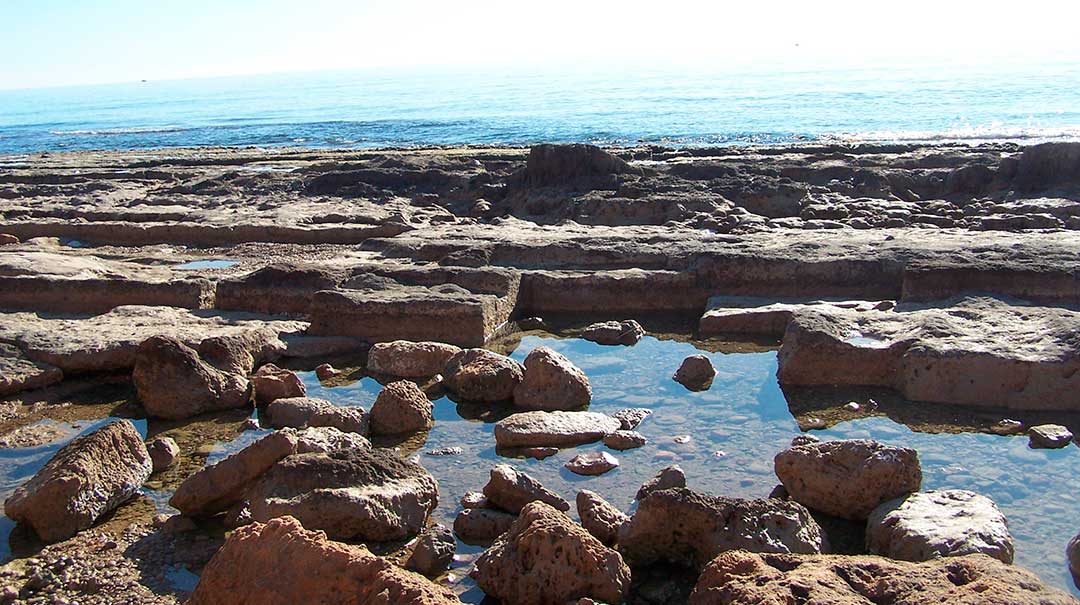 These are located on the same beach of the Mil Palmeras urban development within the municipality of Pilar de la Horadada over 60m, following the coastline.

Near to the mouth of the Rio Seco waterway, 335m walk from avenues which receive water filtration from crops, whose yellow sandstone walls have beautiful forms created by erosion, showing abundant strata of fossils. Set out in large horizontal sections it is similar to the structure of the Colonia de San Jorge quarry in Palma de Mallorca, dating to the 1st century AD.