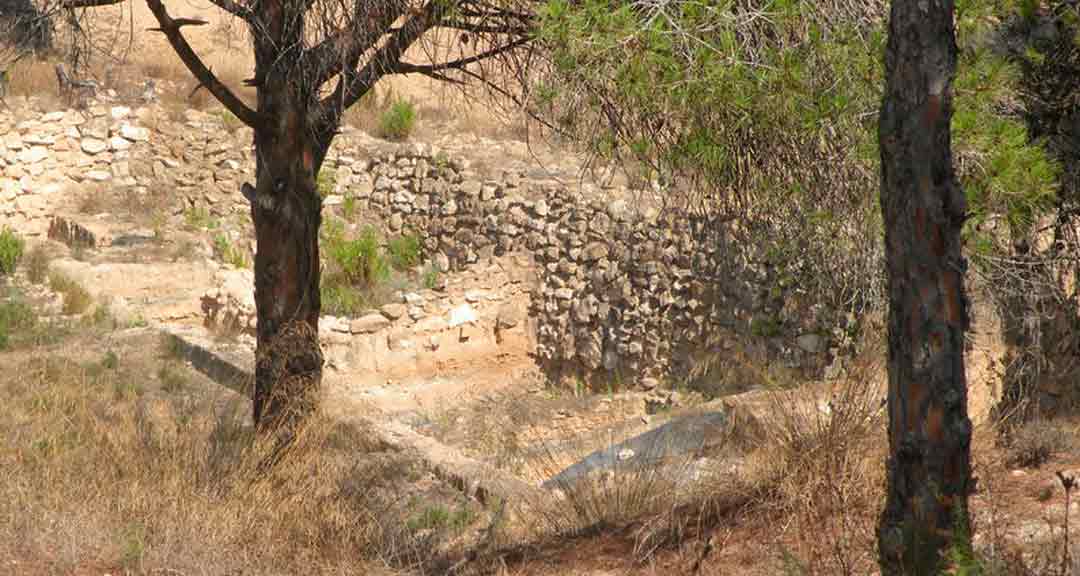 Location: in the area of La Fonteta, in the dunes of Guardamar, not far from the mouth of the Segura river, adjacent to the ruins of the Rábita Califal.
Chronology: 8th to 6th centuries BC.

Complex declared a Site of Cultural Interest made up of an urban structure from the Phoenician colonial period, covered by the dunes and near to the Rábita Califal.

The archaeological excavation works have shown a monumental wall with a fortification, a perimeter street and terraced housing on its internal side, as well as neighbourhoods of houses organised outside of the walls of the fortified enclosure.

This is one of the most complex and best conserved Phoenician cities in the western world. In terms of its material culture, it is notable for the appearance of Phoenician amphora and plates, as well as archaic Greek ceramics and ritual objects such as ostrich eggs, ivory, scarabs, etc. The appearance of reused architectural elements in the wall evidences the existence of a Temple or Sanctuary in the surroundings.