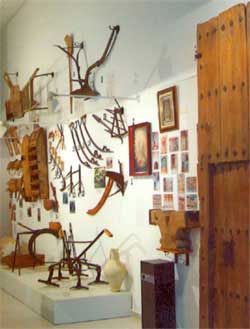 The main museum opened its doors in 1994 thanks to deposits and donations from individuals. This multi-ethnic background is currently shown in five sections: environment, fossil, archaeology, ethnology and numismatics.

The archaeological section contains significant pieces belonging to various settlers who lived in this area.

Pilar de la Horadada, possibly known in that period as “mansió de Thiar”, was a peaceful place of commercial exchange, located at the foot of Vía Augusta, one of the oldest in Hispania and formerly known as Vía Haráclea. This milestone located on the roadway during the late-Roman period indicates its point of destination in miles.