The Lady of Guardamar 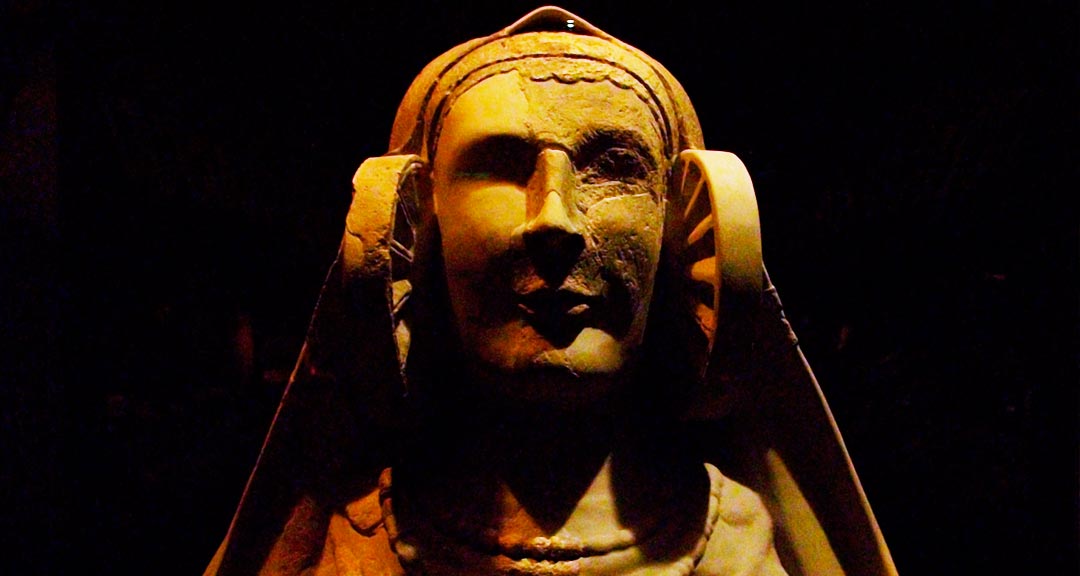 The Lady of Guardamar

The Lady of Guardamar was discovered on the 22nd of September 1987 in the Cabezo Lucero architectural site.

Not far underground there appeared a large piece of stone, the first fragment of a bust of the Iberian lady, in an outfit similar to that of the Lady of Elche. The excavation brought many more elements, among them a large fragment making up a headdress, face and neck. However, the structure, broken with age, had been hammered and in other areas there was also damage from fire.

Transported to the laboratory of the Provincial Archaeological Museum of Alicante, restorer Vicente Bernabeu began cleaning and identification of the discovered remains, a piece appearing with the chin, another with the lips, which had suffered erosion on the right of the lower lip, fragments of the chest and necklaces, and many other pieces of stone belonging to the piece. However, they did not fit together and did not have any worked surfaces. The restoration task was delicate and meticulous, taking from October 1987 until its completion June 1988. The expertise of restorer Vicente Bernabeu and his artistic capacity allowed the revival of a piece which was very difficult to reconstruct, and which now, even with what is missing, shows the beauty it may have had at the hands of the sculptor who worked on it over two thousand five hundred years ago.